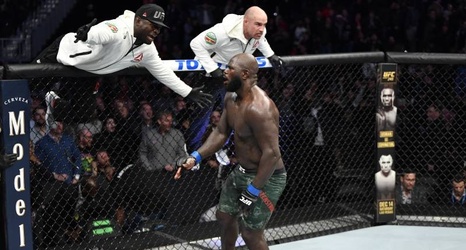 Jairzinho Rozenstruik landed one of the strongest right hands in recent memory in a late fifth-round knockout of Alistair Overeem at UFC on ESPN 7 on Saturday.

Overeem had the upper hand for most of the fight, landing a couple of takedowns and delivering a few strong blows. Per ESPN's Ariel Helwani, Overeem was winning 4-0 on all three scorecards at the time of the knockout.

However, Rozenstruik had other ideas in landing a knockout in the final four seconds, busting Overeem's lip in the process.

Below you can find the UFC on ESPN 7 results as well a recap of the main event.