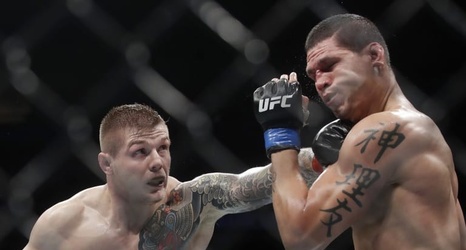 The UFC hosts its second event on ABC with a middleweight main event between Marvin Vettori and Kevin Holland from the APEX Facility in Las Vegas.

It isn't quite the main event the UFC was envisioning when the card was put together. Vettori was originally slated to fight Darren Till. However, Till suffered a broken collarbone and Holland was called upon to be a short-notice replacement.

That's nothing new for Holland, who remains one of the most active fighters in the UFC. He'll be looking to bounce back after losing to Derek Brunson just three weeks ago.