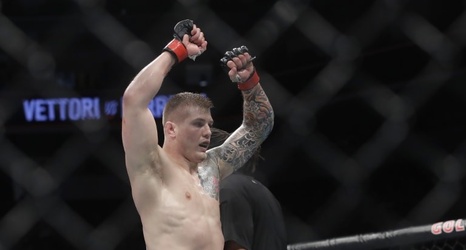 Marvin Vettori claimed a unanimous-decision victory over Kevin Holland to close out UFC on ABC 2 from the Apex facility in Las Vegas.

Vettori took the fight convincingly on all three judges' scorecards.

Just three weeks after Derek Brunson grounded Holland with his wrestling, Vettori went right to work testing Holland's takedown defense. Holland got the better of some early exchanges before The Italian Dream turned to his wrestling. He put Trailblazer on his back and made the round interesting to score with some ground-and-pound.

Holland gets off balance too often — it’s what leads to a lot of the takedowns and leaves him out of position after swinging wildly.