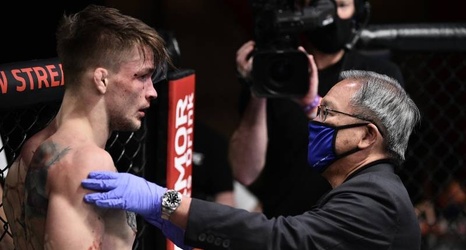 Amanda Nunes' potential retirement looms large over two of the UFC's four women's divisions and a lot of fighters will be paying careful attention to what the Lioness has to say moving forward.

Nunes, fresh off a dominant win over Felicia Spencer to defend her featherweight title, recently dropped a bombshell on the MMA world, telling Brazilian TV show Esporte Espetacular she is considering retirement (h/tMMA Fighting). Her decision could have a lasting impact for fighters in both divisions she presides over.

In other news Anthony "Lionheart" Smith appears to have his next opponent lined up.