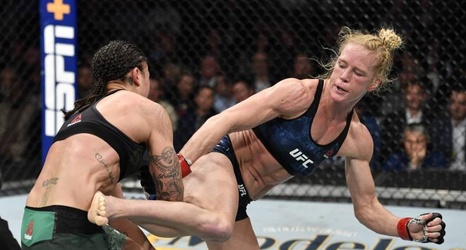 At this point, there's a UFC card just about every weekend, and with it comes a bevy of fighters angling for the next title shot.

The road to a championship belt is marked by two things: Fighting and talking. With bouts for plenty of potential contenders on the horizon, now is the time to do the talking.

Holly Holm, Dan Hooker and Cynthia Calvillo are among those making their rounds with the media and promoting themselves.

Holm is set to take on Irene Aldana to kick off August, Hooker will be featured in a main event against Dustin Poirier, and Calvillo is coming off a main event win over Jessica Eye by unanimous decision.