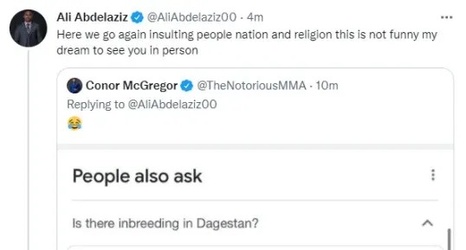 Conor McGregor has ruffled a lot of feathers over the years. But the ones that usually got him in trouble were things he said that many would easily deem to be crossing the line.

In 2018, “The Notorious” incited a personal rivalry with Khabib Nurmagomedov, whom at one point he referred to as a “smelly, Dagestani rat.” And even after the now-infamous post-fight brawl that broke about because of such comments among many others, McGregor continued to stoke the fire against Dagestan in its people.