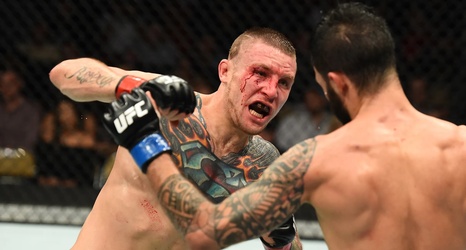 Steven Peterson first entered the UFC Octagon in 2017 in a split decision loss to Benito Lopez on the first season of Dana White’s Contender Series. After that loss he rebounded with a win in LFA and was then signed to the UFC proper.

Since then Peterson has fought five times under the big lights of the UFC. The Californian, who fights out of McKinney, TX, has a 2-3 record over that time. However, the way he tells it, things would be different if he hadn’t fought any of those bouts in the Lone Star State.

Recently he appeared on the podcast MMA Island where he discussed his issues with Texas’ MMA commissioning body—the Texas Department of Licensing and Regulation.