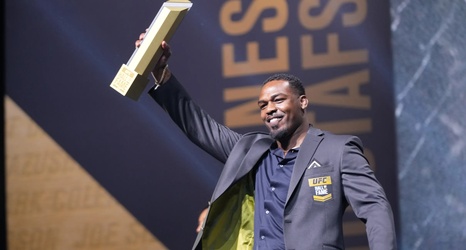 UFC Vegas 54 featured some good action, but as usual with these Apex events, there wasn’t a lot of rankings drama. The main event ended abruptly with Aleksandar Rakic’s injury, allowing Jan Blachowicz to stay as the number one contender at 205. Ryan Spann impressed with a quick win over Ian Cutelaba, and in the featured prelim, Viviane Araujo picked up an important victory to keep her ascent at women’s flyweight alive.

The one perplexing thing this week is Jon Jones’ status on the pound-for-pound list. Despite not fighting in over two years he’s still sticking around on it - but he’s fallen down again, to number ten this time.