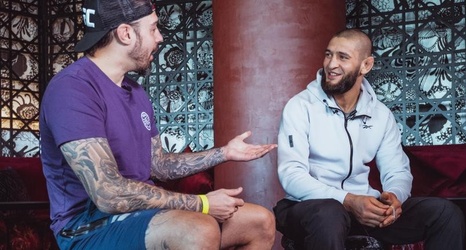 While a handful of athletes have had breakout performances in 2020, there was only one who became a bona fide star. Since making his debut on the UFC Fight Island 1 card on July 16, Khamzat Chimaev has gone from an unknown fighter to a division-hopping eminent force.

How did he do it?

Chimaev emerged as a budding prospect by dismantling John Phillips, outstriking “The Welsh Wrecking Machine” 43-to-2 and submitting him in the second round via D’Arce choke. Just 11 days later, Chimaev set the UFC record for the quickest turnaround victory by defeating newcomer Rhys McKee by first-round TKO on UFC Fight Island 3.