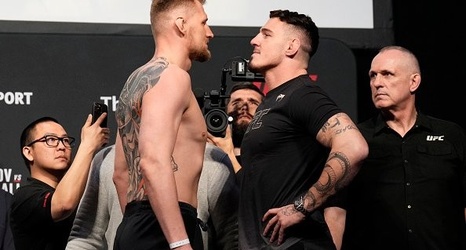 The UFC makes its first trip back to London since 2019 when Jorge Masvidal defeated Darren Till at UFC Fight Night 147. This time around, heavyweights headline the card as Alexander Volkov takes on Tom Aspinall while MMASucka provides live UFC Fight Night 204 results.

After he started his UFC career at 4-0, picking up a knockout win over former heavyweight champion Fabricio Werdum over that time as well, Volkov has since gone 4-3. He lost his next two out of three fights following those four straight wins as Derrick Lewis finished him by knockout at UFC 229 and Curtis Blaydes defeated him by unanimous decision at UFC on ESPN 11.