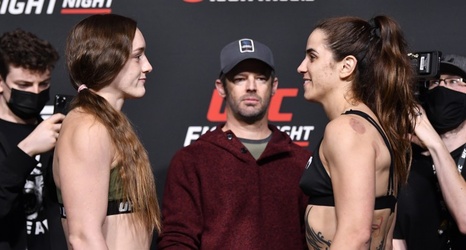 Aspen Ladd is back after nearly two years away from the Octagon, and Norma Dumont will be the one to welcome her in the main event of UFC Fight Night 195 from Las Vegas.

As a result, Ladd will now fight Dumont at featherweight in a matchup that could go a long way toward creating a contender for Amanda Nunes' heavier division.