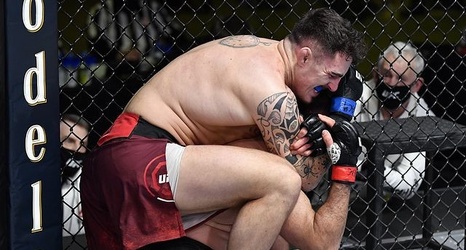 Derrick Lewis could be sidelined for up to six months following his second-round knockout victory over Curtis Blaydes in the UFC Fight Night 185 main event.

A full list of medical suspensions from this past Saturday’s card at the UFC Apex in Las Vegas was released to mixedmartialarts.com. Lewis must have X-rays of his right hand and wrist and receive medical clearance or he will be sidelined until Aug. 20. At a minimum, “The Black Beast is out until March 14 with no contact until March 7. Blaydes, meanwhile, is suspended until April 22 with no contact until April 7.