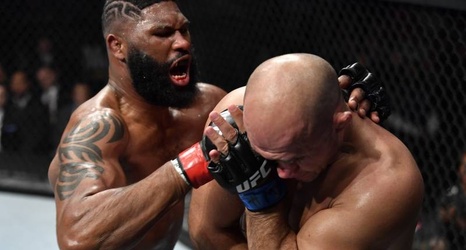 Two things were made clear in the first round: Blaydes wasn't going to take dos Santos down easily, and he didn't need to get it to the mat to win the fight. Dos Santos fended off Blaydes' attempts to take him down successfully, but Blaydes' striking made it a competitive round anyway.