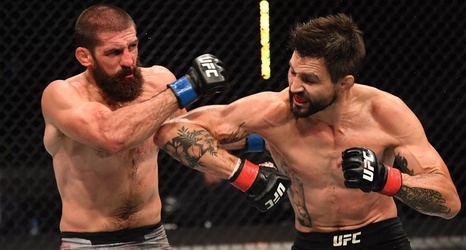 The UFC Fight Island 4 Prelims just wrapped up in Abu Dhabi. The UFC’s return to Yas Island saw MMA legend, and former UFC welterweight title challenger, Carlos Condit out-pount TUF 11 winner Court McGee in a tense and kickboxing match. Also on the prelims there were some bloody, and bruising, contests and a first round finish.

Before Condit and McGee went the distance there was a seldom seen split draw in the fight between Joshua Culibao and Charles Jourdain. Lower down on the prelims there were exciting fights between Nassourdine Imavov and Jordan Williams as well as Casey Kenney and Alatengheili.