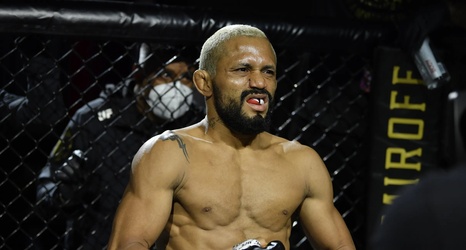 Ever confident, UFC flyweight champion Deiveson Figueiredo believes the division’s previous title-holders would not have much of a chance against himself. Paired up for a rematch against Brandon Moreno, the Brazilian talked about a hypothetical scenario in which he could face Henry Cejudo and Demetrious Johnson in the Octagon.

In an interview with Ag Fight, Figueiredo explained how he believes Cejudo might come back to the UFC soon and would welcome to take on the ‘Messenger.’ In fact, Deiveson would even be willing to move up to the bantamweight division for a match against Henry, should ‘Triple C’ decide not to cut all the way down to flyweight in his potential return.