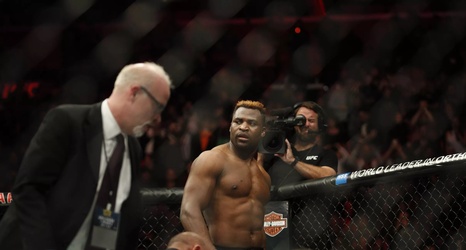 In Beijing Francis Ngannou showed he is still worthy of placement within the elite class of current UFC heavyweights. His last fight, versus Derrick Lewis, ranks highly as one of the worst UFC fights in recent memory, but he didn’t disappoint this time around — taking just 45 seconds to finish Curtis Blaydes.

There is literally nothing to choose from. The high point is the huge overhand right that Ngannou landed on Blaydes 30 seconds into the fight. The strike looked as if it was half-blocked by Blaydes, but it was still powerful enough to ring Blaydes’ bell.