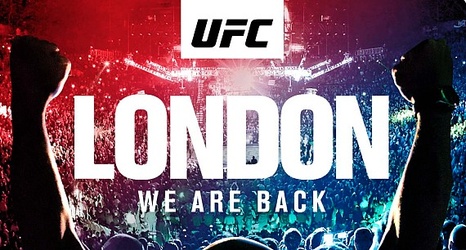 For the first time since March 2019, the Ultimate Fighting Championship will hold an event in London.

The promotion announced on Wednesday that it will hold a card at the O2 arena in England’s capital city, with tickets going on sale Feb. 4. It will be the 12th time the Las Vegas-based organization has held an event in London.

“Every time we put on an event in London, it’s an unbelievable experience,” UFC president Dana White said. “The fans are incredible, and the fights are always off the charts. It’s a different kind of energy in England, and I can’t wait to get back there with a fight card on March 19.