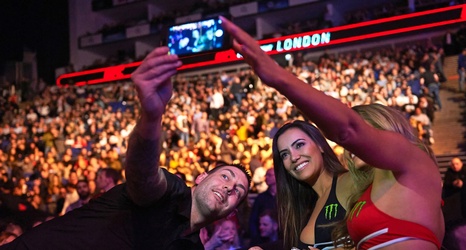 British MMA fans won’t have to wait too much longer to finally see the UFC in their country again.

On Wednesday the promotion announced a Fight Night event at London’s O2 Arena on March 19th, with tickets on sale on February 4th.

Since the COVID-19 pandemic was declared in March 2020, the UFC has held events exclusively in the United States and Abu Dhabi. When the global shutdown began, the first card cancelled was the London show slated to have Leon Edwards take on Tyron Woodley in the main event.

The last UFC London show occurred back in March 2019, when Jorge Masvidal sensationally knocked out Darren Till in the night’s headliner.