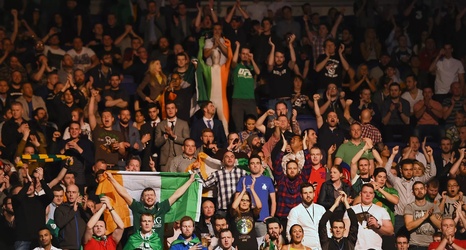 It’s been a long time since the UFC held an event in Dublin, Ireland. That wait is now finally over.

Officials announced on Thursday that the Octagon is headed to 3Arena on August 15th, with tickets on sale June 26th.

“We kicked off the year with a phenomenal comeback from Conor McGregor at UFC 246, and now we are thrilled to announce our return to Ireland after four-years. With Irish fans amongst the most passionate UFC supporters in the world, and Dublin being such an iconic global city, we can’t wait to put on another world class event for our fans there,” said UFC Senior Vice President, International and Content, David Shaw.