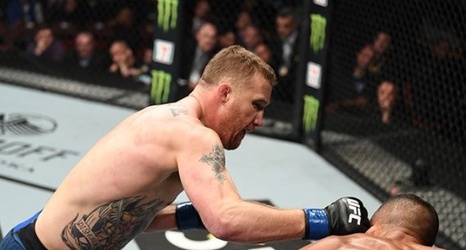 These days, Ultimate Fighting Championship fights are not official until the cage door locks behind the competitors.

Shortly after the UFC 273 weigh-ins concluded, the promotion announced that the heavyweight contest between Marcin Tybura and Jairzinho Rozenstruik had been canceled. Tybura suffered an undisclosed illness, and the promotion did not state if it was related to COVID-19 like it has for other recent illness scratches. Tybura (253) and Rozenstruik (252.5) both made weight without issue.

This is the second time this matchup has been nixed, with the two first booked against one another for UFC Fight Night 202 in February.