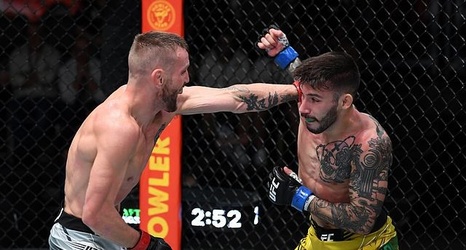 The lineup for UFC 272 appears to be nearly complete, as the promotion confirmed multiple previously rumored or reported bouts for the March 5 event.

The following bouts are now official for UFC 272: Tagir Ulanbekov vs. Tim Elliott at flyweight, Jalin Turner vs. Jamie Mullarkey at lightweight; Devonte Smith vs. Erick Gonzalez at lightweight; Nicolae Negumereanu vs. Ihor Potieria at light heavyweight and Dustin Jacoby vs. Michal Oleksiejczuk at light heavyeight.

UFC 272 takes place at T-Mobile Arena in Las Vegas and is headlined by a welterweight duel between Jorge Masvidal and Colby Covington.