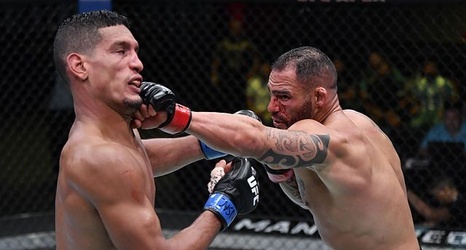 A welterweight showdown between Santiago Ponzinibbio and Geoff Neal is on tap for UFC 269.

ESPN was first to report that the promotion is on the verge of finalizing the bout. UFC 269 is expected to take place at the T-Mobile Arena in Las Vegas and is headlined by a lightweight championship matchup between Charles Oliveira and Dustin Poirier.

Ponzinibbio returned for the first time since November 2018 at UFC on ABC 1, where he suffered a first-round knockout loss to Jingliang Li on Jan.