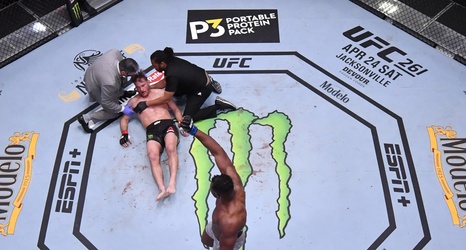 Miocic led the list of medical suspensions released on Monday by ABC records keeper mixedmartialarts.com. The suspensions were issued by the Nevada Athletic Commission, which over saw the pay-per-view event at UFC APEX in Las Vegas.

Ngannou, who with the win became the third African-born champion on the current UFC roster, also was suspended for 30 days. His knockout win over Miocic was the 10th such finish in his octagon career and sent his hometown into a frenzy.