UFC 255 fight card shaping up - will it feature McGregor vs. Poirier? 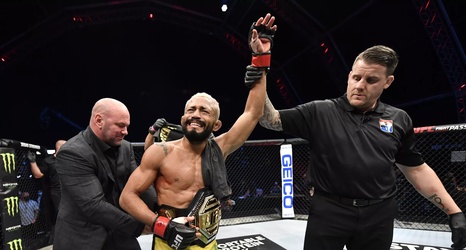 Until this morning, UFC 255 was shaping up to feature two flyweight title fights on top. Deiveson Figueiredo is set to defend his title for the first time against replacement challenger Alex Perez (who is filling in for the injured Cody Garbrandt); and dominant champion Valentina Shevchenko will face off with Jennifer Maia.

Neither of those fights might end up being the main event though, since Conor McGregor announced that he has accepted a fight with Dustin Poirier, and he’s ready to go as early as November 21st. That just happens to be the date of this card.