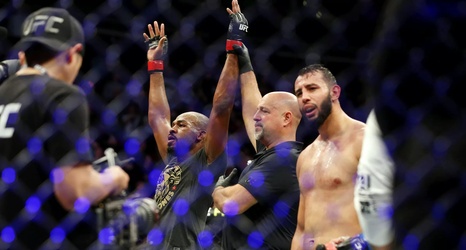 Although the fight was much closer than the scorecards made it out to be, Jon Jones retained his light heavyweight title with a unanimous decision win over Dominick Reyes in the main event of UFC 247.

Unlike some of Jones’ past opponents, Reyes came firing out the blocks with a high volume of strikes from the opening bell. Reyes backed up Jones by landing a couple of hard left hands and some good kicks to the body. Jones improved in the second round but Reyes’ success on the feet continued.