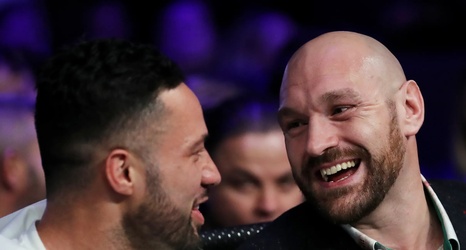 WBC champion Tyson Fury has been dragged into younger brother Tommy Fury’s feud with YouTuber Jake Paul ahead of their boxing match in Tampa, Florida next month.

Fury, who recently defeated Deontay Wilder to retain his heavyweight titles, threatened to ‘backhand’ Jake and older brother Logan during a rather awkward press conference on Wednesday that was conducted via webcam.