Tyron Woodley prefers MMA fight with Dan Hardy: Boxing ‘would be letting him off the hook’ 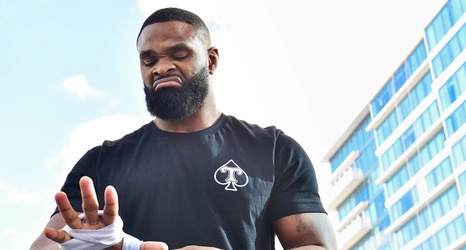 In the later months of 2021, welterweights Dan Hardy and Tyron Woodley began beefing with each other. In November, the two were reportedly set to face each other in a boxing match sometime during the year, but nothing was ever finalized.

But if a fight does materialize, Woodley prefers it to be under MMA rules. During his recent appearance on The MMA Hour, the former UFC champion explained why.