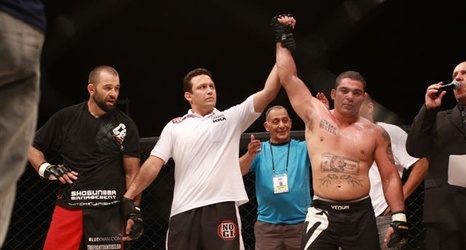 Alex Schoenauer’s post-fighting career as a stuntman has resulted in gigs on big-ticket films such as “Transformers: The Last Knight” “End of Watch”, “Star Trek Beyond” and “Fast Five.” It has also reportedly led to him being shot during a recent audition.

According to TMZ Sports, “The Ultimate Fighter 1” cast member is suing JMP Productions after he was shot in the back with a semi-automatic assault rifle during a stunt audition in September 2018. In the suit, Schoenauer claims that he and a stuntwoman were required to burst through a door at Oak Tree Gun Club in Santa Clarita, Calif.