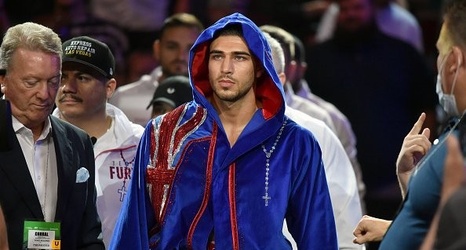 It may look like Jake Paul has moved forward from his canceled bout with Tommy Fury, but the brother of boxing world heavyweight champion, Tyson Fury, thinks that the two of them will meet in the ring.

Fury found himself under Paul’s verbal fire since withdrawing from their originally scheduled December 18th boxing match due to a broken rib and chest infection he suffered during training camp. This chain of events led to Paul’s rematch with Tyron Woodley, ending in former UFC welterweight champion being knocked out in a sixth-round, providing a highlight-reel ending to a lacklustre meeting.