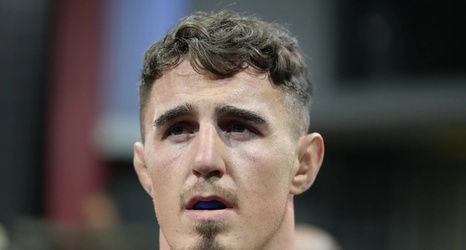 The UFC’s first show in London since 2019 has its main event.

Dana White told ESPN on Thursday that English heavyweight prospect Tom Aspinall is set to face former Bellator heavyweight champion Alexander Volkov on March 19th at The O2 Arena. Aspinall was originally scheduled to fight Shamil Abdurakhimov at this event, but apparently there was a change of plans and now the #10 ranked Aspinall gets #5 Volkov.

Aspinall (11-2) has been sensational in his four UFC appearances, picking up three Performance of the Night bonuses along the way. The former BAMMA and Cage Warriors fighter has recorded stoppages of Jake Collier, Alan Baudot, Andrei Arlovski, and most recently Sergey Spivak.