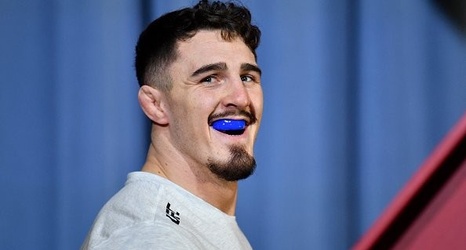 The UFC is finally landing in England this spring, and they’ve booked their main attraction. A heavyweight fight between number-5 ranked Alexander Volkov and number-10 ranked Tom Aspinall will serve as the main event for UFC London on March 19th, Brett Okamoto first reported.

UFC’s return to London on March 19 has a heavyweight main event, per Dana White. England’s Tom Aspinall vs. Alexander Volkov. Who you got? pic.twitter.com/lM74EzyNlP

UK UFC fans have had their hearts broken many times over the last two years, as several planned Fight Night events have fallen through due to the pandemic.