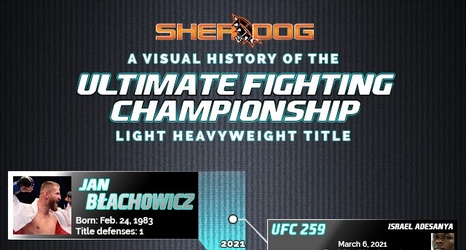 On Saturday, UFC Fight Night 192 will be headlined by a pair of hungry light heavyweight contenders: one looking to earn his first shot at UFC gold, the other trying to claw his way back to the top.

A year ago, Anthony Smith appeared to be done as a factor in the 205-pound title picture. He had lost three of his last four, dating back to his fight with then-champ Jon Jones in March of 2019. All three of the losses had been one-sided, and his fight with Glover Teixeira was one of the most brutal beatings ever seen in the Octagon.