The UFC Flyweight Division is a Throwback to the Dark Days 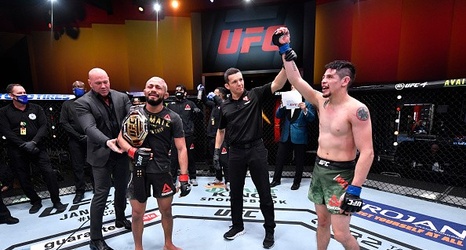 Contract disputes, inconclusive bouts, interrupted tournaments, apathy, paper champions, empty arenas, lack of stars; If you’ve ever wondered what the dark days of the UFC were like, look no further than the UFC flyweight division. The UFC has grown into the premier organization of MMA but it was not always this way. Many of the UFC champions were not ranked or respected as the number one fighter in that class. And the golden rule, the UFC flyweight division, and the dark days of the UFC, can not have any normal storylines.

It All Started with a Tournament and some Superfights

For the inaugural UFC Flyweight championship, the UFC launched a four-man tournament.