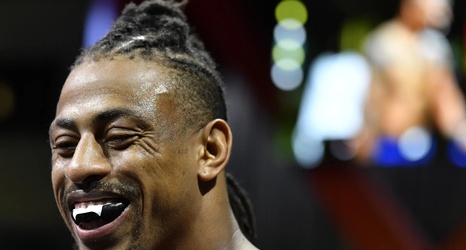 “The Prince of War” Greg Hardy has signed on for his next fight. As he stated in a recent Instagram post, the controversial UFC heavyweight will be back inside the Octagon at UFC 264 on July 10th.

And while he didn’t mention any opponent names, he did drop a hint.

Getting ready for July 10th. It’s on contract signed and the prince is locked and loaded. Bout to drop a couple of the grade American super spiller G bombs on Australia’s favorite son #nobiden