The Great Divide: Should T.J. Dillashaw challenge Aljamain Sterling next instead of Petr Yan? 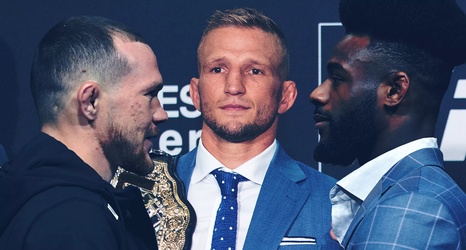 The Great Divide is a recurring feature here at MMA Fighting in which two of our staff debate a topic in the world of MMA – news, a fight, a crazy thing somebody did, a crazy thing somebody didn’t do, or some moral dilemma threatening the very foundation of the sport — and try to figure out a resolution. We’d love for you to join in the discussion in the comments below.

Heading into UFC 259, we anticipated that the event’s three title fights would generate intriguing storylines: Would Israel Adesanya become a two-division champion and continue his pursuit of Jon Jones?