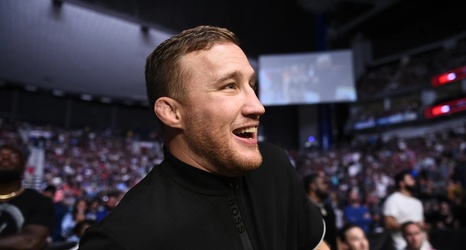 No, Justin Gaethje isn’t retiring. And yes, he still wants to become champ.

“SO APPARENTLY JUSTIN GAETHJE IS CONSIDERING RETIREMENT ACCORDING TO ONE OF HIS TRAINING PARTNERS. HE CAN’T GET A FIGHT AND THE RESULT OF HIS LAST FIGHT IS WEIGHING HEAVY ON HIM,” Twitter user ArtofWar posted after Gaethje’s teammate Ryan Charlebois hinted on Instagram that his training partner was thinking about retirement.