Tate vs. Murphy Relocated to UFC Long Island on July 16 Due to COVID-19 Protocols 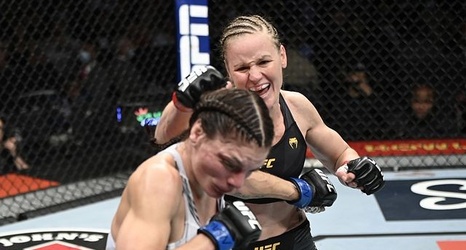 A flyweight clash pitting Miesha Tate against Lauren Murphy has been relocated to UFC on ABC 3 on July 16 due to COVID-19 protocols.

Tate vs. Murphy was originally slated for UFC 276 this Saturday. The promotion announced the rescheduled bout on Monday:

“Due to COVID-19 protocols, the women’s flyweight bout between Lauren Murphy and Miesha Tate is being moved to UFC Fight Night ‘Ortega vs Rodriguez’ on July 16,” the statement read. Murphy revealed via social media that she tested positive for the virus.

"It's super unfortunate to get COVID right before International Fight Week," Murphy wrote.