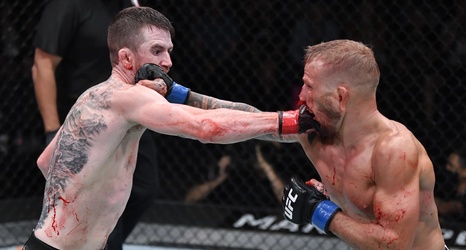 2022 began with what appeared to be a positive sign towards a fight between Dustin Poirier and Nate Diaz.

As Poirier told Teddy Atlas a few weeks after his UFC 269 loss, he’d already agreed to a “super short-notice” bout with the UFC superstar. The organization, however, reportedly pulled the plug on the would-be booking.

From their end, both Diaz and Poirier still want to push through with the fight. This week, Diaz posted this tweet directed at the UFC.

@ufc stop playing wit me consider this my signature to fight this fucker I been trying to fight for a minute quit slowing down the real fight game it’s time pic.