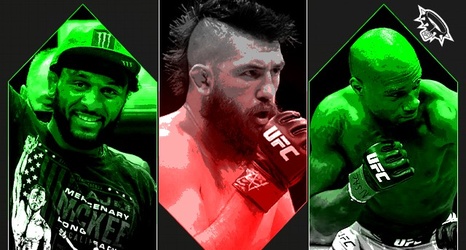 It was a relatively rare case of MMA’s second-biggest promotion going toe-to-toe with the biggest, and this time, Goliath took one right between the eyes.

On Saturday, UFC on ESPN 28 and Bellator 263 ran nearly concurrently, forcing fans to choose — or switch channels constantly — and while the results of the ratings derby remain to be seen, in terms of the in-cage product, Bellator MMA’s offering trounced its Ultimate Fighting Championship counterpart. That’s due in part to the promotions’ relative effort levels meeting in the middle, as the UFC’s worst card this year was pitted against one of Bellator’s best ever.