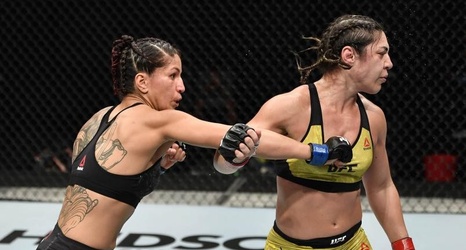 We’re ending the year with a welterweight banger as Stephen “Wonderboy” Thompson squares off with Geoff Neal in a critical clash that will help shape the title picture in 2021.

A two-time title challenger, Thompson snapped a two-fight skid in his final appearance of 2019, outworking Vicente Luque over 15 minutes in a Fight of the Night-winning clash at UFC 244 in New York City. Closing in on 38, the South Carolina native remains a Top 5 fixture in the 170-pound weight class, and a second consecutive win over a rising star could send him into next year just a win or two away from potentially challenging for championship gold once again.