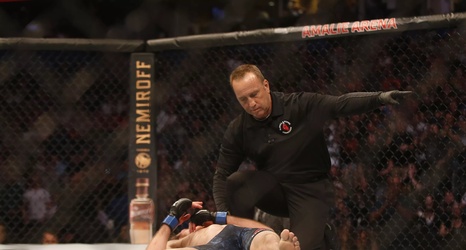 Add Stephen ‘Wonderboy’ Thompson to the growing list of names ready and willing to fight Nick Diaz in his potential return to the UFC.

It was announced recently that Diaz is serious about making a UFC return after completing a 14-week diet and training regimen and has his eyes set on “big” fights in the welterweight division. Immediately after the news broke, a number of top ranked welterweights called for a fight against Diaz, and Thompson was one of the first to do so.

“I’m down to welcome him back to the ranks,” wrote Thompson on Twitter.