Several Additions, Changes Made to Bellator 274 Fight Card on Feb. 19 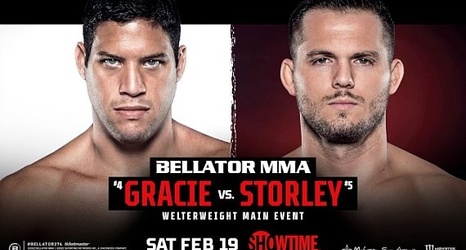 About a month out from its 2022 return to its adopted hometown of Uncasville, Conn., Bellator MMA has set its lineup for its first Mohegan Sun show of the year.

The organization sent out via press release the full 14-fight lineup of Bellator 274, which confirmed several rumored matches, adding a few more and changing at least one participant. This event will take place at the famed Mohegan Sun Arena in Uncasville, Conn., on Feb. 19, in an event that will air on the Showtime network. Of note, this fight card will be capped off by Bellator’s first non-title, non-tournament five-round headliner when Neiman Gracie takes on Logan Storley in the welterweight division.