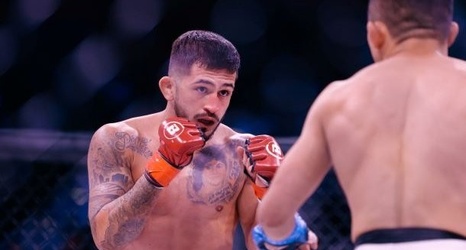 When Sergio Pettis knocked out Kyoji Horiguchi in the fourth round of their title fight this past weekend at Bellator 272 with a spinning hammerfist seemingly out of nowhere, two primary reactions arose after the initial shock. The first is that Pettis had landed a fluke shot in a fight he was losing badly. The second was that a careless Horiguchi put his hands down and got blindsided. While both of these reactions contain a grain of truth, the fact of the matter is Pettis set up and executed a tremendous fight-changing shot against possibly the most dangerous fighter outside of the UFC.