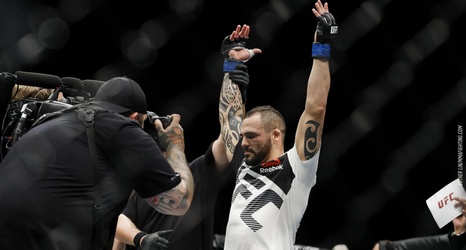 Belal Muhammad and Neil Magny seem into the idea of fighting each other inside the octagon, but Santiago Ponzinibbio has thrown his name into the hat as well.

The Argentine welterweight, who holds a dominant TKO victory over Magny, is eyeing a return to the cage in September after winning a decision over Miguel Baeza this past June, one week prior to Muhammad’s win over Demian Maia.

“I want to fight soon – September,” Ponzinibbio told MMA Fighting. “There are plenty of guys that are just waiting, but these days I saw Belal calling out Magny for the September 25 card.