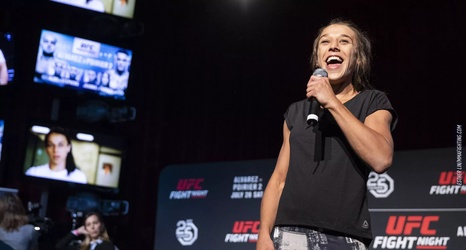 An apparent drought in opponents for Ryan Hall has ended with Ricardo Lamas stepping up to face the leglock expert at UFC Oklahoma City.

The promotion on Tuesday announced the featherweight matchup for the May 2 fight card at Chesapeake Energy Arena, which is expected to air on ESPN+.

Hall returns to action 10 months after his most recent octagon appearance, a unanimous decision win over Darren Elkins at UFC Sacramento that marked his fourth straight win – and just his second fight nearly three years.

Following a widely panned decision win over Gray Maynard in 2016, Hall spent two years on the sidelines, unable to find an opponent willing to challenge his awkward, submission-heavy attack.