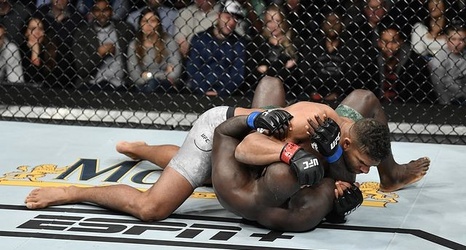 No fighter ever wants to lose, but it’s almost as disappointing to come out of a hard-fought battle that winds up being declared a draw.

That’s what happened to strawweight contenders Cynthia Calvillo and Marina Rodriguez, who co-headlined UFC on ESPN 7 in Washington, D.C., on Saturday night. The two went to war for three full rounds, but when it was over, the judges couldn’t decide on who the victor was. Two saw it even at 28-28 while the third had it 29-28 Rodriguez, indicative of a battle that could have gone in any direction in terms of scoring.