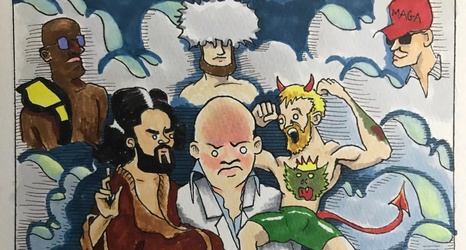 Because of his own issues, Luke Rockhold has suddenly turned into an advocate for “proper” fighter compensation. The former middleweight champion recently put the UFC and Dana White on blast for creating a “bullshit narrative” to “shut down fighters” and “criticize champions.”

Rockhold’s favored example to use for his argument has been reigning heavyweight champion Francis Ngannou, who had also voiced out his grievances on the matter. On Monday’s episode of the MMA Hour, Rockhold came with the same dialogue.

But this time, UFC champions Israel Adesanya and Kamaru Usman were included in the conversation.