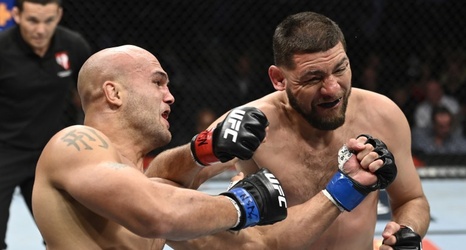 Robbie Lawler turned back the clock enough to get back in the win column with a third-round TKO win over Nick Diaz on the main card of UFC 266 from Las Vegas.

Diaz, who was making his first appearance in six years brought his typical high-volume approach to the fight but it wasn't enough to counteract Lawler's power.

The win marks Ruthless' first time getting his hand raised since July 2017, when he took a unanimous decision against Donald Cerrone at UFC 214. It snaps a four-fight skid in which Lawler lost to Rafael dos Anjos, Ben Askren, Colby Covington and Neil Magny.