Rob Font: Aljamain Sterling is ‘a tougher puzzle to solve’ than Petr Yan 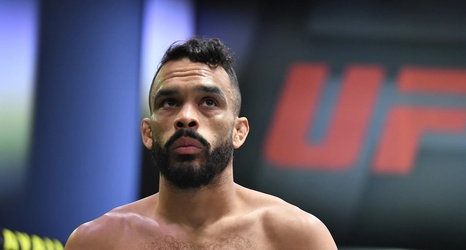 Rob Font has his eyes on the competition at the top of the bantamweight division.

His own spot is firmly entrenched after winning an impressive decision over former world champion Cody Garbrandt in the main event of UFC Vegas 27 on Saturday. For five rounds, Font out-struck Garbrandt to secured his fourth straight victory and prove that his current surge is for real.

There aren’t many opponents standing in the way of a title shot, but Font knows that he’ll likely have to wait for current bantamweight champion Aljamain Sterling to settle his business with Petr Yan after their first meeting ended in a controversial disqualification that saw Yan lose his belt to Sterling.