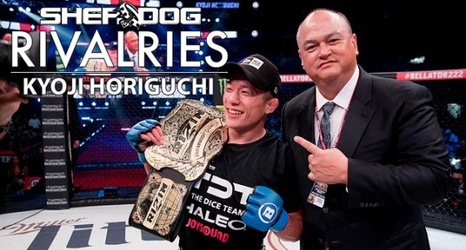 More than 900 days have passed since Kyoji Horiguchi plied his trade under the Bellator MMA flag. The fact that major opportunity still knocks speaks to his quality.

The 31-year-old American Top Team standout will challenge Sergio Pettis for the undisputed bantamweight championship in the Bellator 272 main event on Friday at the Mohegan Sun Arena in Uncasville, Connecticut. Horiguchi has rattled off 14 victories across his past 15 appearances and avenged the lone defeat in that stretch. He has excelled on a variety of stages, going 1-0 in Bellator, 7-1 in the Ultimate Fighting Championship, 10-1 in Rizin Fighting Federation, 9-1 in Shooto and 2-0 in Vale Tudo Japan.